If you’ve been reading my newsletters and following my social media posts then you’ll know that writing Wings of Ruin has been a challenging road but at last the day has come where I share a sneak peek of the story in promotion of its release! Before I do though I’ve got to take a moment to share this amazing art of Cassandra done by Salome Totladze! You can follow her on Instagram @morgana0anagrom which you totally should because she’s really talented at bringing book characters to life! Seeing my characters painted, drawn, brought to life in any way is my absolute favorite thing! I have this weird brain glitch (or something lol) where I have trouble picturing faces so when I write I don’t quite know what my characters look like and so seeing different artists create their own visions of my characters is extra cool to me. Cassandra looks epic, determined, and deadly in this portrait so I can only hope that the book lives up to the hype! Keep reading for a first look at Wings of Ruin…

Greeted by the dead of night and raised on the fringe of greatness…she was always destined for something more. But she was a heroine who walked in shadow and this is not a fairy tale.

At last the story of the infamous Crown, Cassandra Böcklin, is unveiled. Pawn of a prophecy and doomed to a fate of her own making, a girl who once dreamed of belonging grows twisted into a tormented soul with a talent for draining the life of her enemies to sate her ambition. Hungry and betrayed, witness her rise to power as she tears through worlds, builds herself a throne, and seizes the Island of Dreams for her own reign. The Crown shall rise and the dead will bow. There’s only one thing she overlooked…

The epic story that both precedes and concludes the Otherworld Trilogy.

“Why do you insist?” he wondered aloud. “You could have built a new life for yourself yet each chance you get you try to strangle it to death as if standing on its corpse might lift you higher.”

“I am building a new life for myself, Titus,” she answered blankly. “It is not my fault if you do not like the life I am building.”

“You are far better suited to the Outer World, I think,” he mused.

Cassandra wrinkled her nose. “The Outer World is such a nasty, sticky place.”

He cocked his head to the side. “But isn’t that what you intend to do to this world?”

“That is up to them.” Her face remained impervious to judgment.

“Cassandra,” he began before stopping to choose his words more carefully. Despite his love of games and pot stirring, he did not wish ill on Oneiroi or its people. Not really. Not truly. Yet he never had been able to resist the lure of a prophecy and the chance to play with its pieces. He ought to have learned by now. Perhaps he should have tried harder.

Holding her imperious gaze with his own, letting her see the depths of all he had witnessed, he offered some far too late advice. “Sometimes you must let go of who you were to embrace what you could become.”

To his surprise she took in his words, allowing them to turn and dance and crumble within her thoughts. “And if that damns me to Hell?” she asked.

He smiled. “Then we shall meet again.”

“I am not yet ready,” she whispered.

Titus sighed softly. “I know. Do not be afraid. You will not be alone when you find that you are.” 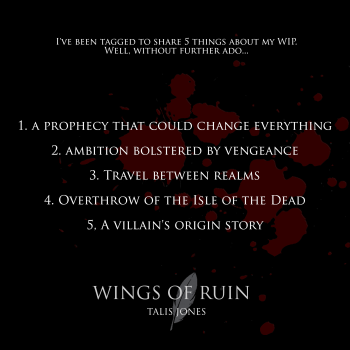 Hopefully you enjoyed that little preview. ♥ If so then don’t fret; you only have to wait one more week to read the entire story! Both Kindle and paperback editions will be available for purchase on Amazon on the official release date, June 30, 2020. The entire Otherworld series will also be available on Kindle Unlimited!

Remember, there will be more to come as we lead up to the release of Wings of Ruin! So stay tuned… 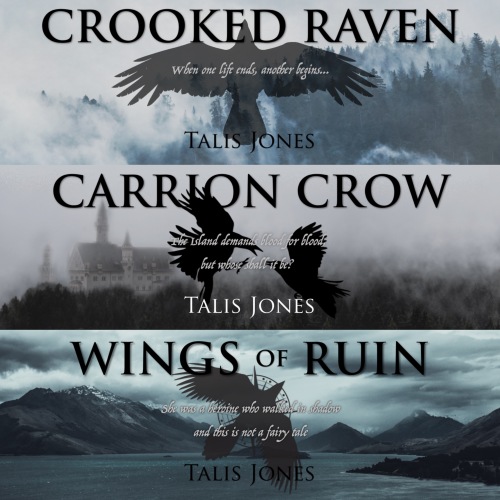